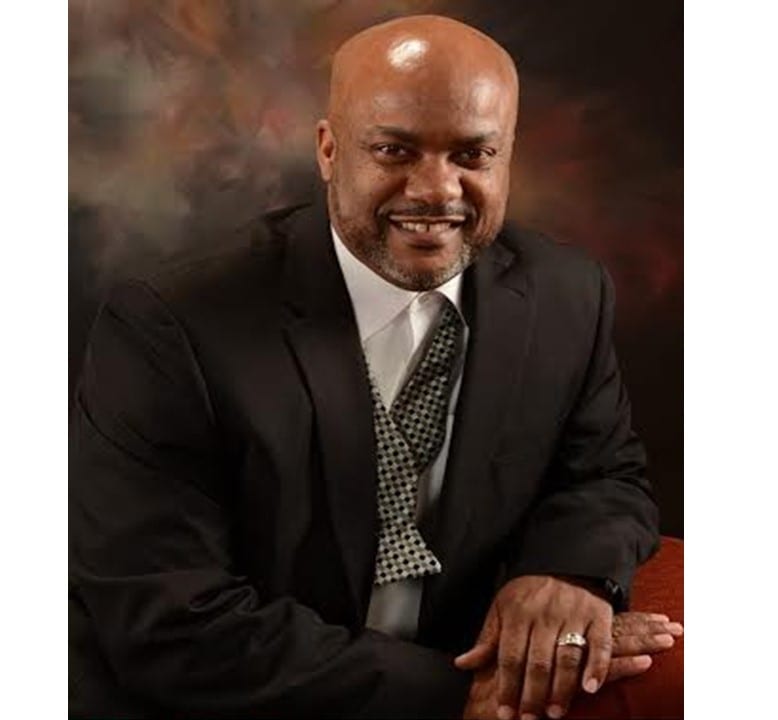 Pastor Ralph Holmes Sr. is a native of Houston. A devoted husband and father, Pastor Ralph has been married to his high school sweetheart Pastor Sharon (Shay) Holmes for over 40 years. He is the proud father to Ralph Jr., Tyrell, and Jarius; and the grandfather to Tevion, Haley, and Bryson.

Pastors Ralph felt the call of God to move on the other side of “YES”. Through his obedience he along with his wife co-founded Redeemers House of Worship, “The House”, in Belleville, IL in May 2013 where he serves as the Senior Pastor.

As a Visionary and Leader, Pastor Ralph is intentional about ministry especially in the community where “The House” is planted. He knows the importance of not forgetting those, the most venerable among us. Pastor Ralph exercises policy of community by leading the ministry in multiple outreach activities in the community. As a result of understanding the widespread and chronic disease of homelessness, Pastor Ralph has led the charge to assisting the homeless with attaining access to permanent housing, as well as services to treat their illness and maintain stable in housing. He sits on a council with the Mayor of Belleville, IL were the situation of homelessness is being actively addressed and as a result the city of Belleville will in the near future open an intake and treatment facility for the homeless.

He is committed to ministering to the whole person. Because of Pastor Ralph’s consciousness of concern, families are being healed, marriages are being restored, men are drawing closer to God, women are becoming spiritually whole; and youth are being equipped to go forth as spiritual leaders in the world. Pastor Ralph also serves as overseer of the Men’s Ministry at Redeemers House of Worship.

His call into ministry commenced while he was in the Unites States Airforce where he served for more than 26 years before retiring from the military in 2007. It was in Okinawa, Japan in 1989 while serving his country; when Pastor Ralph accepted his call into ministry. As Pastor Ralph’s ministry developed, the Lord directed him to lead the Youth Ministry, Youth Choir, Sunday School, Singles Ministry, and the Gospel/Inspirational Worship services throughout his military assignment.

In 1992, Pastor Ralph was licensed as a minister in Vogelweh, Germany, through the National Baptist Association. He was ordained in 2005 as an Elder while serving at New Life in Christ Interdenominational Church through the Kingdom Council of Interdependent Christian Churches and Ministries: where he was soon elevated to Executive Pastor.

Pastor Ralph fosters the candid belief that the purpose of Redeemers House of Worship is to fulfill the Great commission by proclaiming the Gospel of Jesus Christ either indirectly or directly though evangelism and discipline. He is a unique teacher, powerful preacher, and compassionate shepherd, who is full of the Holy Spirit. When you come to know him, you will never forget him for the Spirit of the Living God directs his path.

Having received a Bachelor’s of Arts degree in Education and Development from Southern Illinois University of Edwardsville, Pastor Ralph also received his Masters of Divinity degree from Covenant Theological Seminary. He is persistent with encouraging the people of God to grow in God’s word in order to be Restored, Redeemed, and Released. Pastor Ralph’s declaration is, “Come with a Past, Leave with a Future.”

God is trusting Pastor Ralph with the covenant task of saving souls for His Kingdom. He strives daily to ensure that we are the church where “the mission of Christ is meeting the needs of the people” and to ‘Make the Kingdom Proud.’